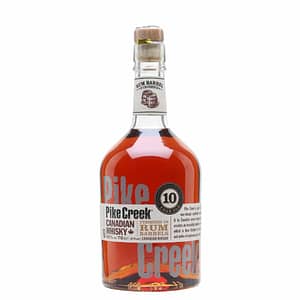 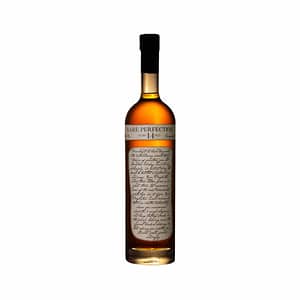 -20%
Product images are for illustrative purposes only and may differ from the actual product due to label and design changes. Please contact us first if you are looking for specific versions. Otherwise, we ship based on the product name.

Louisville’s Rabbit Hole Bourbon got its start by launching a trio of sourced whiskeys concurrent with beginning work on their distillery. That line consists of a five-year-old, four-grain Bourbon, and a 95% Rye not sourced from MGP.

The third entry is a five-year-old Bourbon finished in Pedro Ximenez Sherry casks, bottled at 93 proof (46.5% ABV). The stock for this finished Bourbon differs from their mainline expression, made from a more conventional wheat mash bill.

Sherry cask finishes are becoming increasingly popular in America, although they have been a staple in Scotland and Ireland for three decades now. In most instances, especially in the States, the cask in question held or was seasoned with dry Oloroso Sherry. Rabbit Hole chose Pedro Ximenez (or “PX”) in this case, the sweetest of all Sherries, and the butts in question were used for 30 years.

Rabbit Hole Bourbon’s 46.5% ABV PX sherry cask-finished bourbon has been dubbed Dareringer. Pronounced like Derringer, Dareringer is made with 68% corn, 18% wheat, and 14% malted barley. Rabbit Hole chose Pedro Ximenez (or “PX”) in this case. The sweetest of all Sherries and the butts in question were used for 30 years. The whiskey’s name is a nod to Zamanian’s wife, Heather, who first got him to drink bourbon.

Sherry aroma dominates the nose, followed by a trace of musty wood, caramel, and cherry sweetness.

A wonderful mix of raisins, currants, and cherries with a hint of almond, and an impressive explosion of Sherry with a touch of vanilla and oak.

Light and quick with a slight touch of dryness.